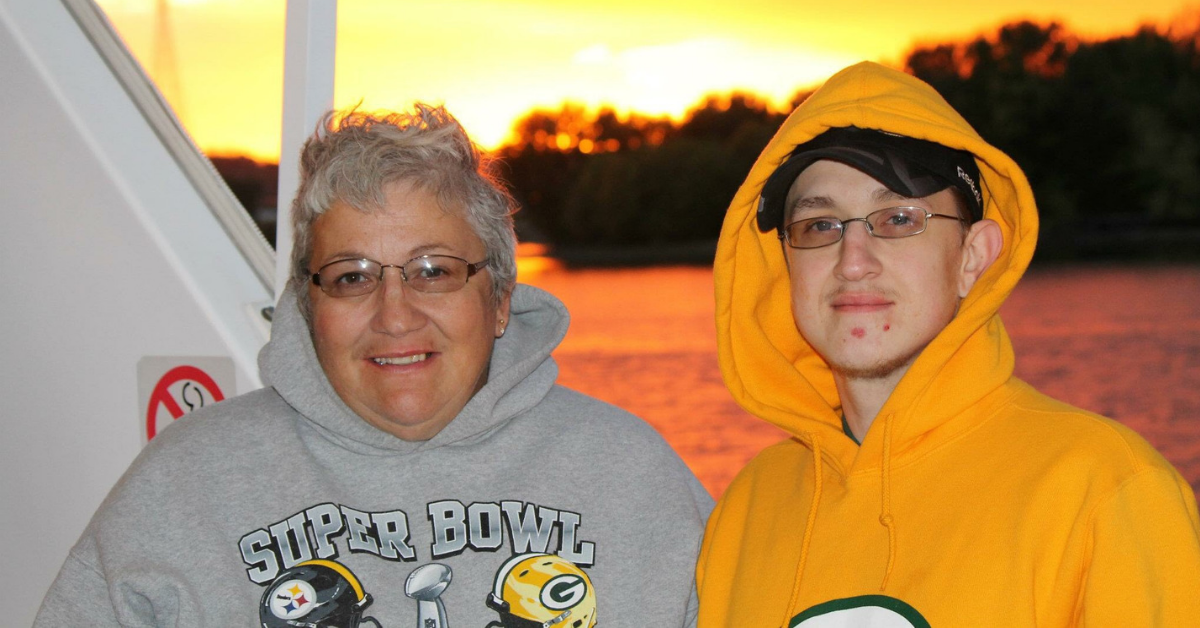 When Janelle Lutgen first spoke about her son Jesse’s death on her local news station, it hit a nerve with viewers. Jesse died a tragic, preventable death from rationing insulin because he could not afford it. He was just 32 years old when he died on February 7, 2018.

Jesse’s death was shocking, but sadly not rare. In the past two years, at least four young adults have died and many more have suffered because they could not afford enough insulin. Over Jesse’s lifetime, the price of insulin increased by more than 8 times. Today, insulin costs $300 a vial, a 5000% mark-up for a drug that costs only $5 to manufacture.

Most people who heard Jesse’s story were shocked that this could happen and sympathetic to Janelle and her family. But others didn’t understand how someone could have died from lack of access to such a common drug — and they blamed Jesse.

Throughout Jesse’s life, he held three things most dear — family, friends, and football. He was extremely close with his family, not just with his immediate family but also his much younger cousins, who looked up to Jesse and loved playing video games with him. Jesse’s other great love was football, especially the Green Bay Packers, but he also cheered for his favorite players on the University of Iowa Hawkeyes and the Chicago Cubs. Despite having to manage a chronic disease for 20 years, he never really complained, and got along well with everyone he met.

Jesse was diagnosed with type 1 diabetes when he was 12. During his childhood, his family did not have problems affording his insulin, because they had good insurance coverage. But once Jesse grew up, he was determined to live on his own and not depend on his family for assistance. The high cost of insulin and supplies was his largest financial problem.

“I told him, you’re better off just working enough to be on Medicaid, but he wanted to work for a living, he wanted to be self-sufficient,” said Janelle, “I raised him to be independent.”

“They don’t understand that it only takes a few days without insulin for someone with T1D to go into a coma.”

When Jesse lost his job in November 2017, it became even harder to manage his diabetes. He had made too much money that year to qualify for Medicaid, and the cheapest insurance available had a $10,000 deductible. He decided to pay out of pocket for insulin, but resorted to rationing because the out-of-pocket cost was so high. His family didn’t know that he was having trouble affording supplies. When they were cleaning out his place after he died, they didn’t find any test strips or insulin, except for some Lantus at his bedside, that Janelle had given him from a friend. It wasn’t enough.

The ones we can save

Before Jesse died, Janelle hadn’t realized how expensive insulin could be. Now, she is determined to make more people understand how important this problem is. “The unbelievably high cost of insulin is the biggest issue for T1D. We have to make sure that people understand that something has got to be done,” she said.

Insurance coverage is just a part of the issue. “Whether I’m paying for the insulin or the government is, the price is too high!” Janelle said, “We need to start by getting prices down.”

As difficult as it is, Janelle feels compelled to share Jesse’s story, in the hopes of preventing the same thing happening to others. “I hoped someone would see the story and ask someone they knew with type 1, ‘How are you doing? Do you need help buying insulin?’” she said, “I want to talk about the ones that are living today that we can still save.”