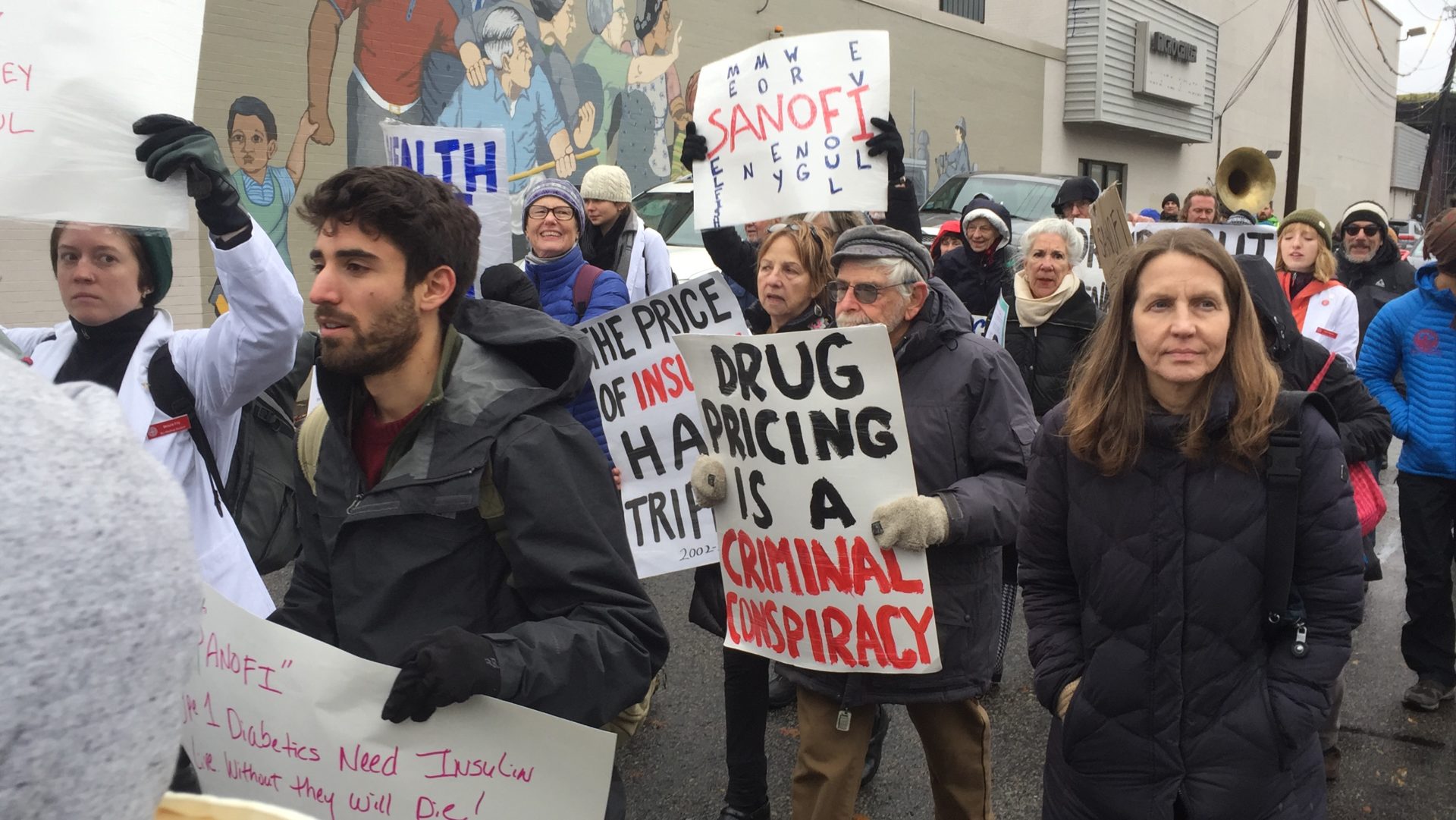 On November 16, Right Care Boston organized a protest to hold Sanofi accountable for the deaths their high insulin prices have caused. Two mothers whose children died from rationing insulin came to deliver their childrens’ ashes to Sanofi, and more than 85 patients, clinicians, students, and activists came to support them, marching and chanting to Sanofi headquarters. (Check out this blog for more media and photos about the protest.)

No one from Sanofi came to talk to the parents, but our message rang loud and clear, as news media across the country reported on the rally and high insulin prices. A week after the protest, Senator Bernie Sanders tweeted out video footage from the rally, which has been viewed more than 4 million times on Facebook and Twitter as of today!

Alec Smith died at 26 because he was rationing insulin that was too expensive. The greed of the pharmaceutical industry is killing Americans and it has got to stop. (with @NSmithholt12) pic.twitter.com/xmryYm0Enr

It’s heartening to see the event and stories getting nationwide attention, but this is just the beginning. We’re going to keep the pressure on and continue fighting for the price of insulin and all drugs to be lowered.

You can help us organize more direct actions for affordable drugs with a donation (see above). We don’t take any money from industry, so your donation is greatly appreciated!