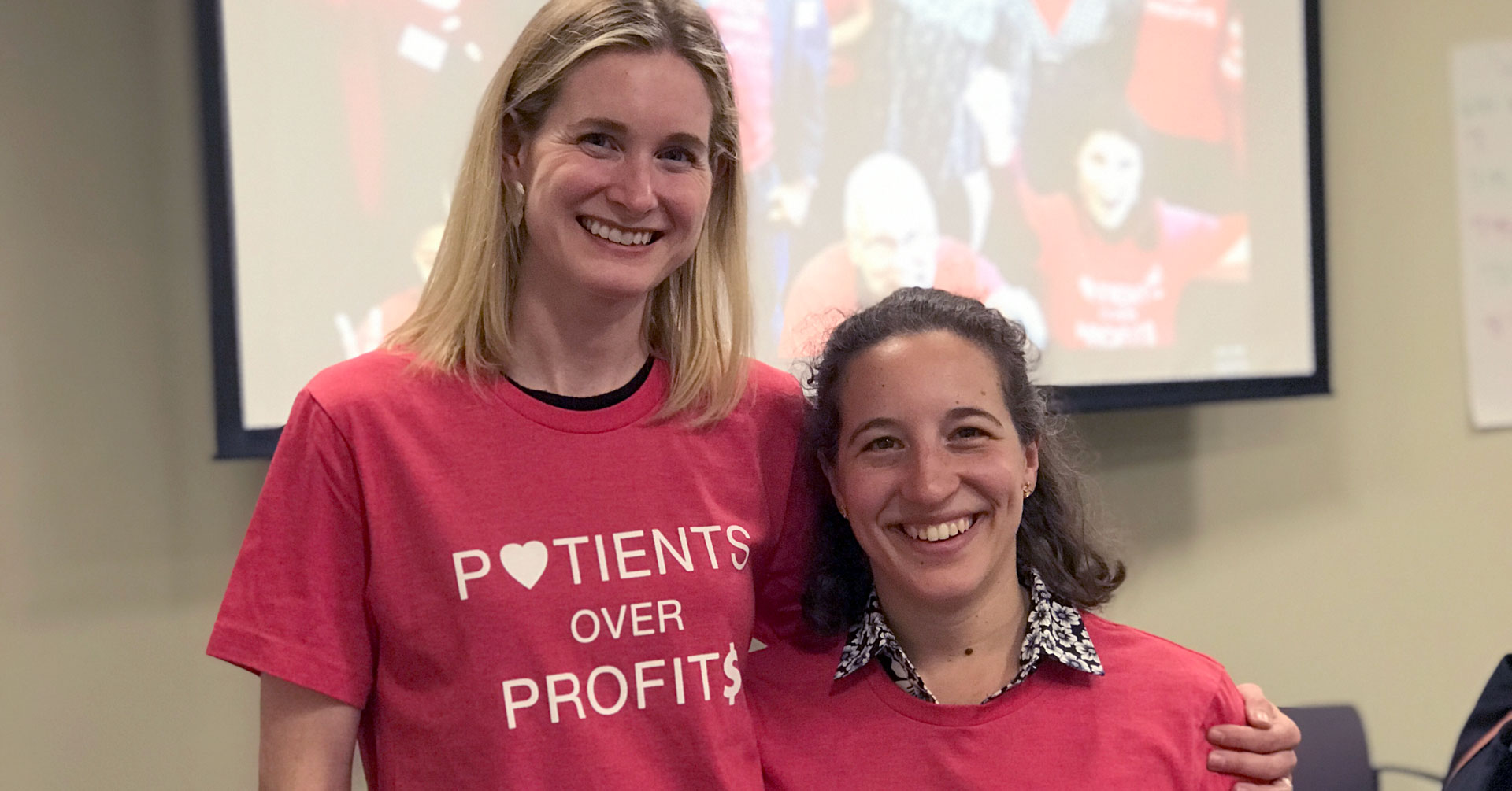 The way companies price prescription drugs is so confusing and arbitrary, sometimes it seems impossible to understand the process, let alone affect it. So Right Care Boston organized an event to bring together  two health law experts, to dive into and demystify complex issues in drug pricing like price-setting policy and pharmacy benefit managers. You can watch the video of the event below:

“Through our listening tours around Boston and events around the country, we’ve recognized that a major challenge facing people is affording their prescription medications,” said Right Care Alliance co-chair Vikas Saini. “Whether you have insurance or not, high drug prices are driving real struggle and pain.”

First, Alex Arnold, a law student at Boston University, gave an introduction to pharmacy benefit managers (PBMs) – the middlemen companies such as Express Scripts and CVS CareMark who negotiate drug prices between drugmakers and health plans. PBMs have been getting more media coverage recently, as pharma companies try to shift the blame for rising prices onto PBMs, but the issue is not so black and white, as Arnold explained.

PBMs started as third-party administrators that just processed pharmaceutical insurance claims for health plans. But now they’ve taken on a much larger role, creating drug formularies, negotiating discounts with manufacturers, and creating pharmacy networks. Formularies are the lists of drugs that are covered by a health plan, that also determine how much plan members pay out of pocket for each drug. There can be burdensome regulations and barriers for patients trying to get drugs not on the formulary, so drug companies pay PBMs a steep discount to avoid these barriers.

“You would think the PBM would then pass along that rebate to the health plan, but it actually has no obligation to do that,” said Arnold. And because the rebate information is not publicly available, no one outside of the industry knows how much the PBMs are taking for their own profit.

“It creates this perverse incentive where it’s better for the manufacturer to have a higher list price and higher annual price increases, so they pay a higher rebate to PBMs and can get a better formulary position,” said Arnold.

Next, Hannah Brennan, a member of the legal team bringing a class-action suit against insulin manufacturers, gave a history of the case, challenges, and an update. The lawsuit was filed last year, in reaction to suspected fraud in price-setting by the “big three” insulin manufacturers. A video of Hannah’s statement will be posted to the RCA website shortly – stay tuned.