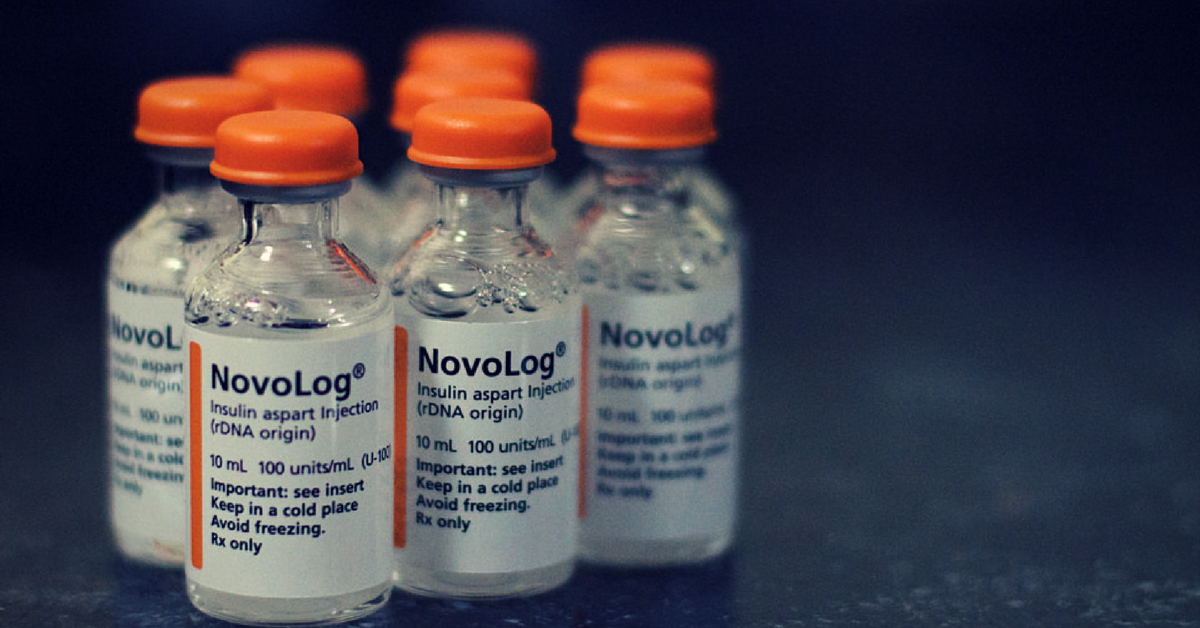 The high price of insulin is a patient safety issue

This piece was first published on Kathy’s blog, at McCleary MRSA Prevention.

When I graduated from nursing school in 1970, the price of a vial of insulin was just a couple dollars. Insulin is a life, limb, eyesight, heart, skin, foot saving medicine for diabetics who are dependent on it. Without it, the heart and circulation are harmed and many patients lose limbs. Patients can go blind and kidneys can fail.  Skin integrity can be compromised in the form of skin ulcers. Healing is sluggish or impossible. Infections are common and harder to treat.

Diabetes is a pervasive disease, but it can be treated and well controlled with medication (insulin), diet and exercise. Type I, insulin dependent diabetes can affect people of all ages including children, and is the most severe form of the disease. About 7 million Americans rely on insulin.

We have had insulin for almost a century. It was developed in 1921.  The patent rights were sold just a few years later for $3. The PATIENTS’ rights to affordable insulin were sucked up by big Pharma in the past few decades.

During a talk with healthcare professionals and patient advocates Dr. Kasia Lipska, a Yale School of Medicine Endocrinologist, shared on Insulin Nation,  “A patient’s recollection that a vial of insulin cost $1.49 in 1972, which would be $8.86 now when adjusted for inflation. In 2004, that same vial would cost $60, and today it would go for roughly $300.”

So we have gone from a couple dollars for a vial of insulin to $200 or $300 for that same vial. Over the years there have been many new versions of insulin, such as synthetic and fast-acting insulin, but we’re still essentially producing the same product. These changes do not justify such high spikes in prices.

This is such an egregious abuse of patients and their pocketbooks.

Like dialysis, patients cannot live without it. They will suffer the effects of uncontrolled diabetes and probably death if they are Type I diabetic and they cannot afford Insulin.

This is a huge Patient Safety issue. The industry that produces this medicine deserves to make money.  They are making life saving medicine after all. But, do they have the right to price it so high that many patients are forced to go without or to ration it? Should patients suffer or die because they can’t afford necessary medicine? Certainly not. Even with prescription insurance, benefits cap out way before the end of a year and then patients are forced to pay most of the costs themselves.

There have been baby steps to cover more patients for this kind of life saving care and medicine. The ACA allowed kids up to 26 years of age to stay on parents insurance coverage, and they eliminated the preexisting conditions exemption or up pricing. But, even with that, most average citizens 26 and over, cannot afford an additional $300 to $600 a month for insulin and diabetes supplies. Even prescription coverage caps out and patients may end up paying out of pocket before the end of the year. Average income patients simply cannot afford this.

This is the worst and most preventable Patient Safety breach of all, and just to feed the greed of big pharmaceutical companies.

Perhaps it is time for Federal regulators and CMS to look at Type I diabetes the same way they look at Chronic kidney failure. Insulin for diabetics is the same as dialysis for CKF patients. It is a means for survival. Everybody should be covered for that lifesaving care through Medicare, regardless of age, and the price of treatment should also be regulated.  We must find a way to control corporate greed and to stop manufacturers from pricing medicine so high that patients in need cannot afford it.

We in the Patient Safety movement have worked toward transparency and accountability in healthcare. We have pushed for increased reporting of healthcare harm and we can do this with the pharmaceutical companies. We can go after State or Federal legislation that requires reporting of any patient who has died because they could not afford their insulin. We have also networked and we can always find an experienced patient safety voice for any focused newspaper article or TV/radio news report on a patient safety issue. This keeps the public focused on what matters in Patient Safety.

We are involved in all pertinent government committees,  private and public conferences and events, by submitting abstracts, and becoming part of the program when possible. Sometimes we simply attend and we aim to bring the patients voice to the conversation. We have picketed outside of hospitals and events where we were not particularly welcomed. We have worked with Federal and State agencies who write the rules and recommendations. We work independently and with each other to help the work toward elimination of healthcare harm.

It’s time to target Pharma, because their greed is harming patients.