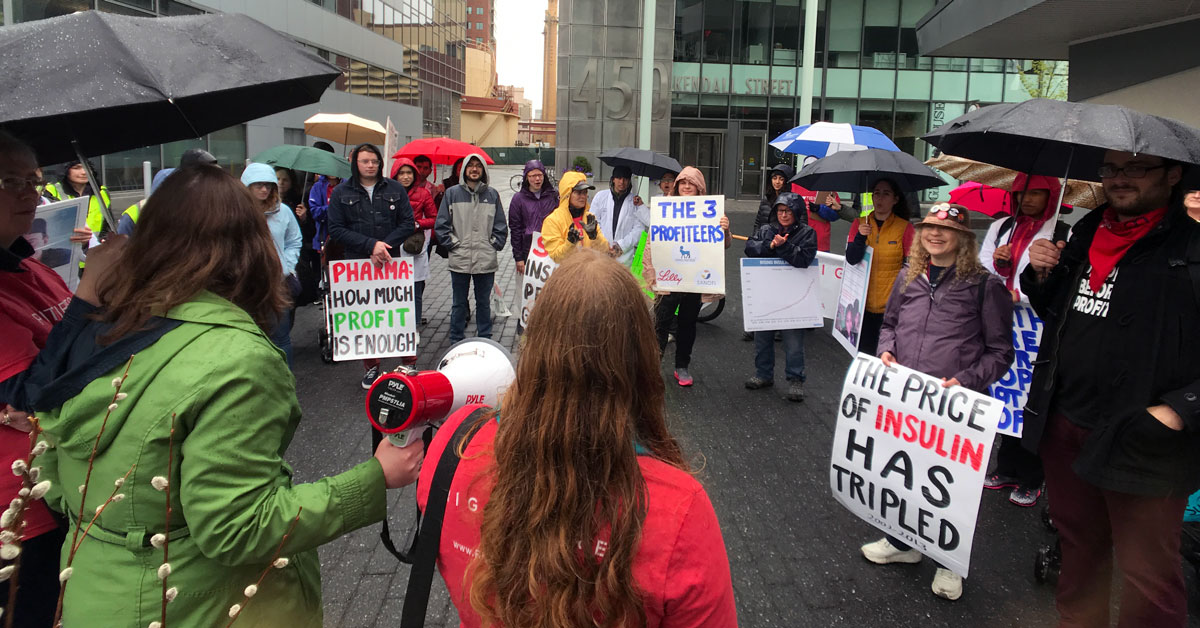 BOSTON, March 4, 2019 – Today, Eli Lilly announced it will offer a version of its Humalog insulin at half the current price. The cost of a vial will be $137.35.

While the Right Care Alliance, which has led protests across the country drawing attention to the insulin-rationing crisis, is proud to have played a role in this price reduction, we don’t think it goes far enough.

“The fact that Lilly thinks they deserve praise for charging a 2,500 percent markup on their insulin instead of a 5,000 percent markup shows you just how dysfunctional the system is,” said Dr. Vikas Saini, co-chair of the Right Care Alliance. “Either price is a ridiculous barrier to place between a person and the medicine they need to stay alive.”

It only costs about $5 to produce a vial of Humalog insulin.

If this had been done a few months ago, perhaps it would have saved the life of Meaghan Carter, who died in Ohio at Christmas. People who find themselves in Meaghan’s predicament will now have a less expensive option for keeping themselves alive, but the cost is still too much.

The position of the Right Care Alliance remains the same as it has since it began its campaign for affordable insulin. We are demanding the list price be cut by 90 percent. That would bring the cost of insulin down to around $30, which is what Humalog’s introductory price of $21 (in 1996) would have grown to if it tracked with inflation. It’s also what people in Canada pay right now.

The Right Care Alliance will continue to put pressure on the three insulin corporations—Eli Lilly, Sanofi, and Novo Nordisk—to make their medicines affordable. We also believe that our political leaders should support legislation guaranteeing essential medicines like insulin are free at the point of care for anyone who needs them. Without these major shifts in pricing and policy, Americans will continue to die needlessly.