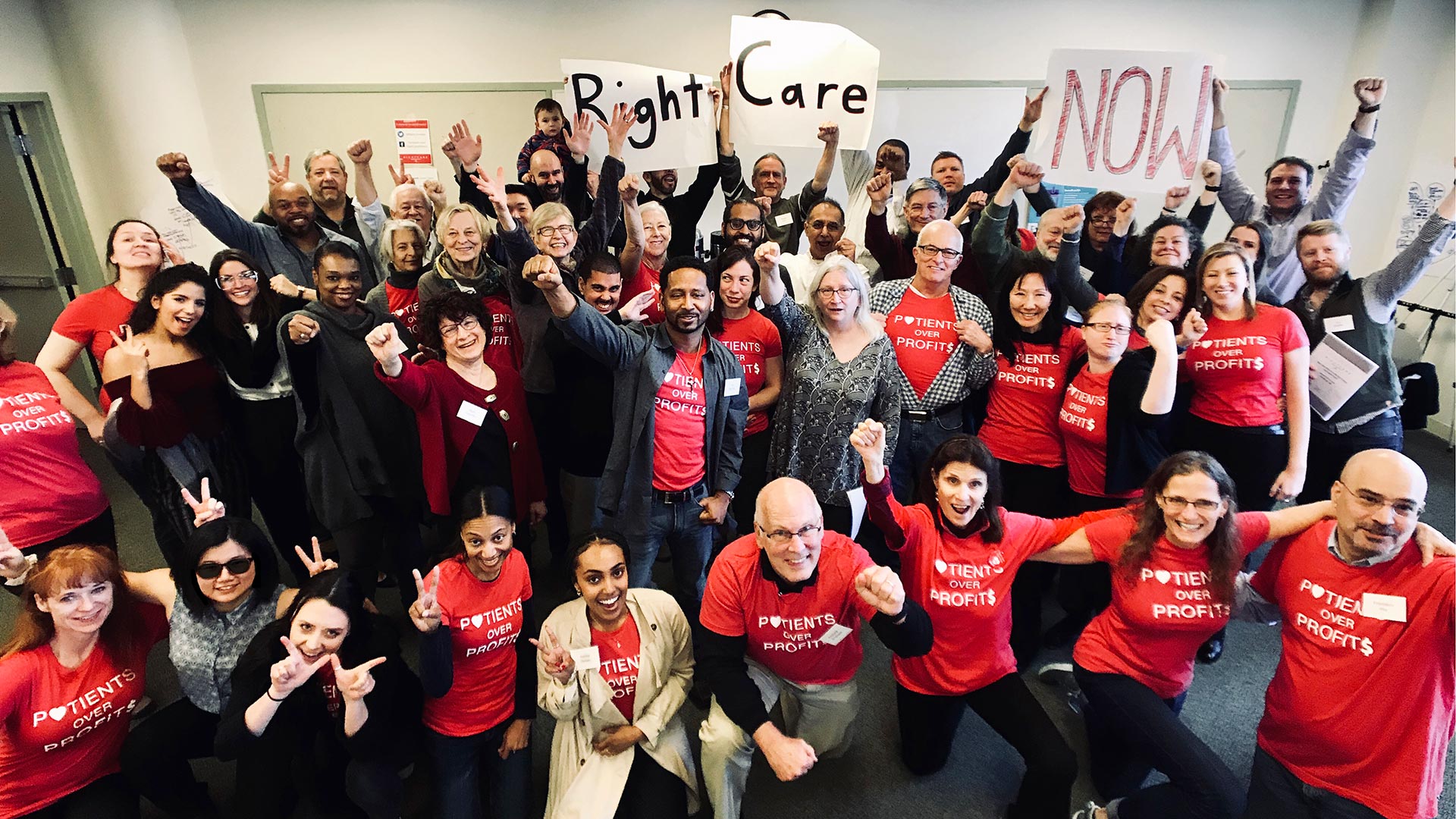 “If not now, when?” RCA ready to launch campaign after leadership training

Right Care Alliance chapter leaders and steering committee members got a crash course in community organizing at the leadership training this past weekend in Cambridge, MA. Over two days of workshops, group projects, storytelling, they learned and practiced the fundamental aspects of community organizing. Here’s a taste of what they learned this weekend:

The power of organizing

There are many different strategies people can use to try to get what they want done – for example, raising awareness, running for office, educating people, and more. So why use an organizing model, which is based around the power of people?

The first reason is that people working together is extremely powerful, even if it doesn’t seem that way. Time and time again, we find that people fighting for shared purpose can achieve even the most unlikely of goals – creating a new political regime in South Korea, integrating the bus system in 1950s Alabama, legalizing same-sex marriage in the past decade, and more.

Another reason is the power of organizing builds on itself and can grow over time. The commitment required to achieve goals strengthens the relationships between people in the movement, increasing their capacity to do more.

What it means to be a leader

We often think of leaders as those who take charge, have a vision, or do all the work to get a job done. But in community organizing, being a leader is more about enabling others to achieve a vision the group shares together. “Just because you’re the loudest person in the room doesn’t make you a leader,” said Philadelphia chapter leader Jeremy Harrison.

“Leadership is a practice, not a position. You can get a position of authority, but to really be a leader you have to take responsibility” – RCA organizer Pedja Stojicic

Participants were asked to identify and reflect on why they feel called to leadership in the Right Care Alliance – an essential element to their “Story of Self.” For some participants, it was from a family environment that encouraged empathy and activism, for others a personal health crisis or family tragedy called them to action, and some were motivated by their faith.

The importance of stories

Stories can take us from apathy to action, from numbness to feeling, from isolation to solidarity. They are essential for motivating commitment among leaders and members, and bringing new people into the movement.

“We need to be clear about why we are taking responsibility for others. If we don’t explain why we’re making that choice, no one is going to join us,” said RCA organizer Stephanie Aines.

Over the weekend, participants spent a lot of time organizing their memories and emotions into stories and, more importantly, listening to the stories of their participants. Learning about their fellow members helped participants connect with each other, despite differences in location, profession, age, and background.

“Whether you’ve been in that similar situation or not, you can’t help but feel it. It resonates with you as a human being and that’s absolutely powerful” – Steering Committee member Theresa Ojala.

As opposed to strategy in the political or corporate sector, building strategy for an organizing campaign can be done by anyone in the movement, not just designated leaders or “experts.”

“In organizing, strategizing means turning the resources we have to power we need to achieve change,” said RCA organizer Pedja Stojicic, “Anyone who can do that can strategize.”

At the training, participants spent several hours sketching out a strategy for the upcoming campaign on lowering drug prices, based on targeting specific drugs. Here are a few tactics participants thought of to build membership for the campaign, that utilize our resources and creativity:

By the end of the weekend, participants were exhilarated and inspired. They discovered the wealth of resources they have together, including clinical experience, patient experience, research skills, networks, knowledge of political systems, and different languages and cultural backgrounds.

The participants acknowledged how rare it is to have such a committed, diverse group of activists all working together toward the same goal. “It’s not that often that you get to have a whole weekend together with RCA members from across the country,” said Chicago chapter leader Johanna Ryan.

They also found that they have many values and interests in common with each other, such as compassion, social justice, autonomy, informed consent, intersectionality, spirituality, and health care as a right.

“There is a lot of power here, seeing everybody working together toward this goal” – RCA Boston member Mike Mascia

The members are excited and ready to use these skills toward the upcoming campaign on drug prices. At the same time, there’s a lot of work to do. “We’re going to need a lot of resilience and teamwork to support each other and keep this connection going outside this room,” said Philadelphia chapter leader Jeremy Harrison.

Stay tuned for more information on how to get involved in our drug price campaign and new chapters!