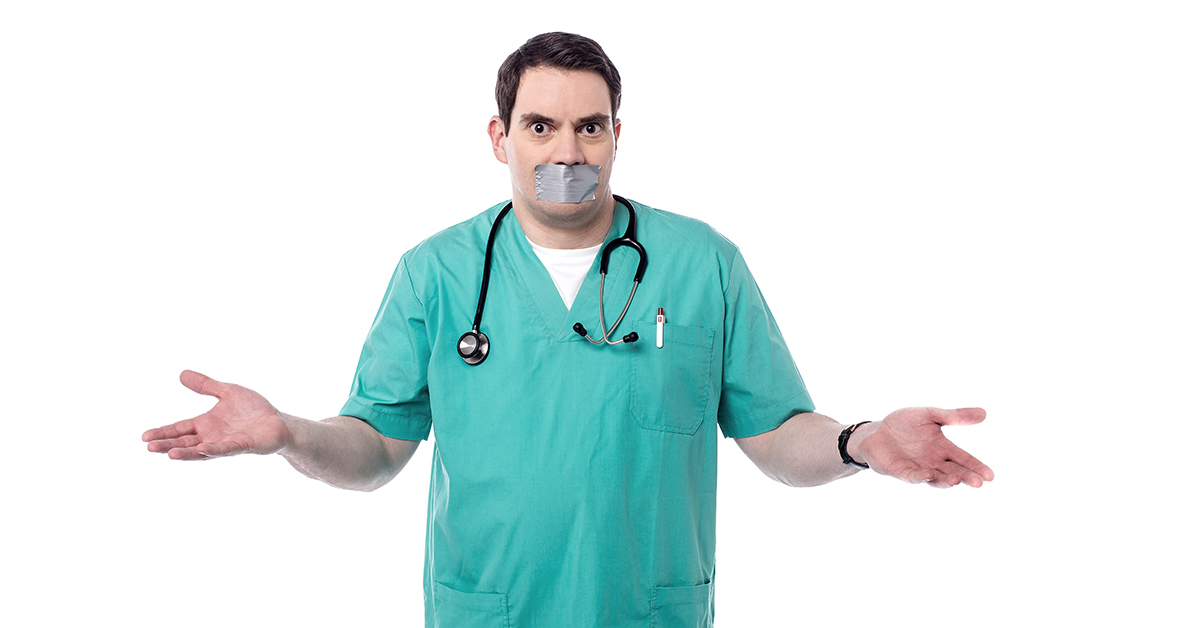 Imploring a Silent Organization to Speak Out

“So…what was your question?”

Leaning over towards me as we sat in the audience at the end of a talk, one woman asked me for my thoughts. We were at a panel discussion on public advocacy on behalf of the Society of Hospital Medicine (SHM). She had been watching me try desperately to get the moderator’s attention; I wanted to urge SHM to speak out against the American Health Care Act (AHCA). Unfortunately, I didn’t get my opportunity to speak up.

A few hours after that panel, 217 Republicans would vote in favor of a cruel and morally bankrupt piece of legislation. They would go on the record advocating for a massive redistribution of wealth on the backs of the poor and the sick. They would advocate for a policy that would lead to tens of thousands of deaths annually. SHM said nothing about the AHCA then, and in the days since its passing, my specialty society has remained silent on the issue.

Their silence on the AHCA is part of a concerning trend, one that I didn’t pay much attention to at first. SHM was silent about the election of our 45th president, who promised changes to health care almost certain to hurt our patients. The nomination of Tom Price was met with silence too. (Again, I could convince myself this was also reasonable.) In both cases, I convinced myself that wading into the political fray was no place for the SHM. The medical community was treading lightly in the face of the new administration, and I figured that’s what SHM was doing too.

But then the AHCA came out. At that point, the American Medical Association (AMA) spoke out against the Republican legislation. They were joined by several other non-partisan physician organizations, along with every single major patient advocacy group; but not SHM.

I wanted to know why SHM remained silent

I originally joined SHM because it espouses so many of the beliefs that I personally hold. The panel discussion was part of the organization’s national conference, three days filled with thoughtful research about how hospitalists can provide appropriate care. I geeked out hearing about the updates in the literature or the controversies in perioperative medicine. I was kicking myself for sleeping in and missing the opening remarks of Karen DeSalvo, who apparently spoke passionately about the social determinants of health. I agreed with so much the organization was promoting, so it was easy to assume it would share some of my general political views as well. It turns out I was merely projecting my opinions on the organization.

Back at the panel, I turned to the woman and said, “Well, I’m appreciative of what SHM is doing to ensure hospitalists are paid appropriately for their work, but with organizations like the AMA coming out against the AHCA, I wanted to know why SHM remained silent.”

“Well, it was certainly deliberate,” the woman said. The woman introduced herself as a member of the organization’s executive board. She described their concerns about being a relatively small organization and how taking a stance on this controversial topic could potentially threaten any chance of success on several non-partisan issues of importance to the society.

This was a sucker punch to the gut. I didn’t feel angry; I was disappointed. Disappointed in SHM for not taking a stand against this cruel piece of legislation. That’s really the only thing I could say to this woman. I just repeated, “It’s disappointing,” without engaging further in the conversation. With the opportunity to speak up now gone, I left the conference room.

Now is a critical time to stand up for patients

How could I not be disappointed? The organization’s stated mission is to provide “exceptional care” to hospitalized patients and to “[improve] hospitals and the healthcare community.” There’s no way to achieve these laudable goals if patients are denied coverage for pre-existing conditions, or unable to afford the kind of care they need when transitioning home after a hospitalization. Now is a critical time to stand up for patients, to protect their coverage, and to demand more (like single payer perhaps?).

On some level, I understand. Political decisions involve a lot of careful calculation. Day-to-day lobbying involves being able to read changes in the political landscape. In writing this, I had to make my own decisions about how this could affect my fledgling academic pursuits. SHM feels it’s doing what it needs to do in the current political environment. So I’m expressing my disappointment today because it’s what I need to do in the current political environment. And if you are part of a specialty society that has decided to remain quiet about the AHCA and its dire implications, I implore you to speak up with me.