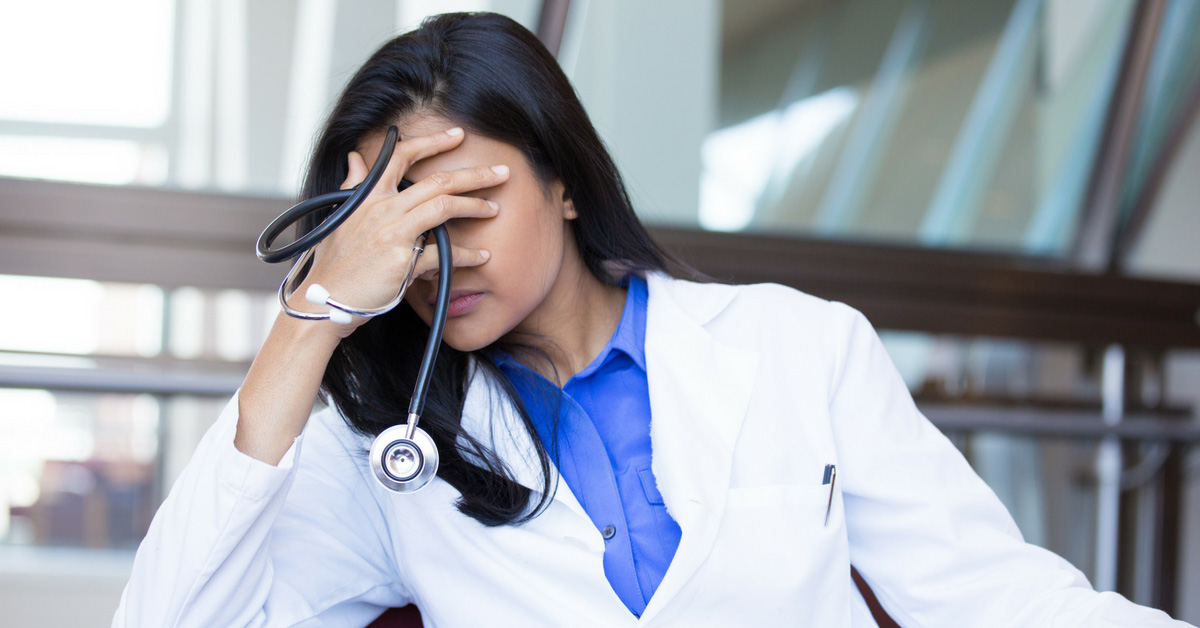 Single-payer health care: The solution to physician burnout no one is talking about

One day, a colleague came into our shared workspace after a particularly difficult morning. A sudden burst of frustration came out of her in the most sincere way possible–tears. As we gathered around her, she described the dilemma that was weighing on her: satisfying the interests of a hospital looking to clear patients out, or allaying the fears of an overwhelmed family struggling to handle a difficult diagnosis.

As she ranted through her tears, her frustration made its way towards anger, resignation, laughter, and finally resolve. Her self-confidence was restored, though her outlook on medicine as a whole took a hit.

Incidents like this are happening in resident lounges, operating rooms, and clinics all around the country. The catalyst isn’t always the same. Sometimes it’s from working in an environment with limited resources; or not being able to better care for patients whose socioeconomic status prevents them from being able to better care for themselves. Sometimes it’s simply because there is too much bureaucracy, expectations, or responsibilities. There is, however, a common tie that binds these reasons together: the encroachment of politics and profiteering onto the pure patient-physician relationship. And it’s a problem that a single payer health system is uniquely positioned to address.

Over the last several years, there has been an intense focus on the problem of physician burnout. National surveys have identified a growing sentiment of burnout amongst physicians, both young and old. And as expected, there has been a plethora of research and think pieces trying to pinpoint the cause behind this concerning trend.

In February 2017, JAMA Internal Medicine published a systematic review and meta-analysis of strategies targeting physician burnout. The authors divided interventions into two groups: system focused (such as an increase in resources or a change in workflow) and individual focused (such as mindfulness). System-focused interventions were found to be more beneficial than individual-focused interventions. It should come as no surprise that large-scale systemic change would be more effective than individual changes. Yet small-scale interventions (like mindfulness sessions) seem to dominate the conversation, and to demand anything more is considered expensive, unreasonable, or impossible.

The American Medical Association addresses physician burnout with a similarly small-minded approach through its STEPS Forward initiative. The “Wellness Coach,” or movie nights it suggests under the section entitled “Preventing Physician Burnout,” are nothing more than coping mechanisms and bandaids. (And we all know that bandaids don’t fix bullet holes.)

To their credit, the AMA does highlight potential systemic causes of burnout (particularly in resource-poor areas), but does so in a curious way. They spend a great deal of time trying to reassure the reader that there are cheap (or even free) interventions to reduce burnout, and downplay ones involving any potential costs one may have to absorb. There isn’t anything wrong with highlighting free or low-cost interventions, but what if more expensive interventions lead to better results? While we are at it, why should we only focus on small-minded solutions to burnout? We should be advocating for systemic change. We need systemic change.

We should be fighting for a single payer health system as a means of addressing physician burnout. Physicians cite “bureaucratic tasks” as the primary reason for burnout. For every hour of clinical work, primary care physicians complete two hours of administrative work. One of the hallmarks of single payer is the reduction of administrative costs that translate into a reduction in physicians’ administrative work. Physicians could spend a little more time with patients, discussing anything from end-of-life decisions, smoking cessation, to a grandson’s piano recital.

Single payer’s emphasis on primary care, preventive medicine, and mental health makes it well-equipped at addressing burnout in specialties with the highest rate of burnout, including emergency medicine and primary care. In a single payer system, monetary resources and manpower are directed towards patient health instead of revenue production, and primary and preventive care are valued over expensive low-value interventions.

If patients no longer think of insurance as catastrophic coverage because of prohibitive costs, perhaps they’ll foster a relationship with a general practitioner earlier. Visits would focus on wellness rather than illness. Clinicians could spend more time seeing fewer patients in a day, no longer worried about needing to meet a revenue quota, relieving clinicians of another key motivator for burnout. This could result in discovering and treating hypertension a few years before a patient presents with a stroke, diagnosing and treating depression earlier, or allowing a patient to feel more comfortable going to her PCP, rather than presenting to an emergency room for non-urgent issues. A healthier population (even marginally so) could reduce the strains on emergency rooms, unburdening those burned out physicians.

I won’t suggest single payer is a panacea to physician burnout. Countries with single payer or more socialized health care still have burnout, too. We also shouldn’t dismiss the emotional exhaustion and mental health issues that play important roles in physician burnout. But almost exclusively focusing on the individual while ignoring the systemic issues at play is shortsighted.

Any discussion about physician burnout should also address the problems in our dysfunctional health care system. As long as health care remains a commodity preserved for those who can afford it (the “deserving”), more physicians will burn out. The administrative requirements imposed by insurance companies and state and federal authorities in a concerted effort to restrict or deny coverage and to reduce the number of individuals enrolled will continue to take clinical time away from primary care physicians. As long as individuals are forced to forgo their medications to pay their rent, hospitals and physicians will be overwhelmed by sick patients.

There is a system-based solution to addressing the burnout crisis. Why aren’t we all advocating for it?