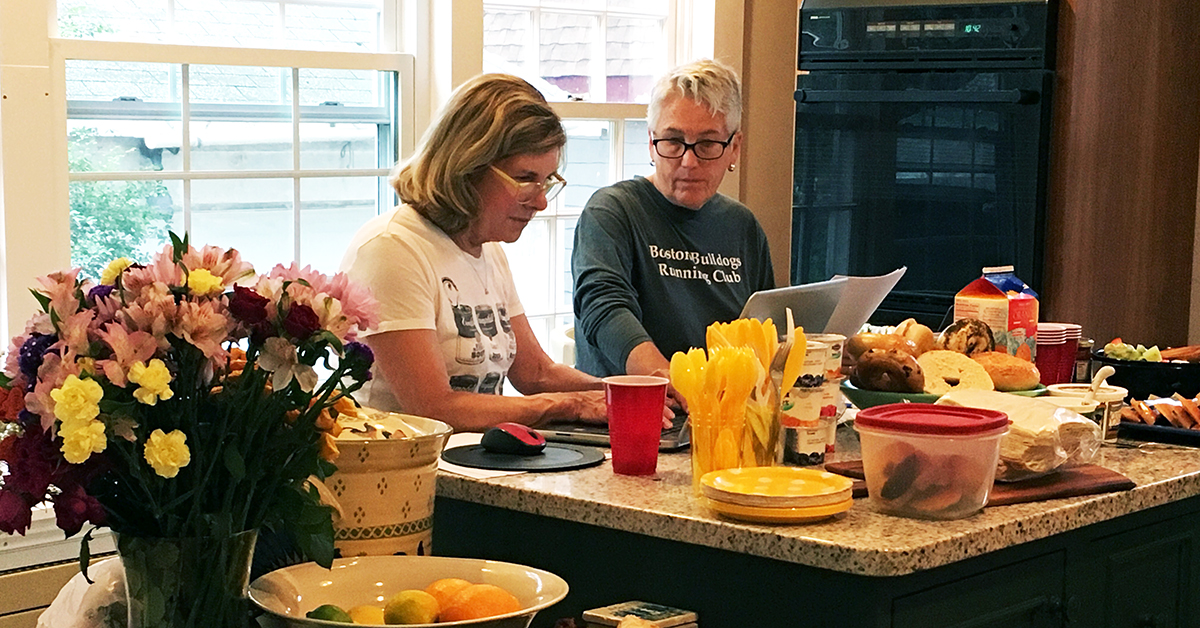 “We need to get all of these voices out there.”

Beggelman came up with the idea for an op-ed “write-a-thon” after Right Care Boston decided to launch an op-ed writing campaign. Although several members were enthusiastic about writing, only one op-ed had been written and published after a year – Beggelman’s CommonHealth piece on doctors failing to see symptoms as side effects of prescriptions.

“It would be so great to get all of these members’ voices out there,” Beggelman said. But she recognized it would take more time, support, and motivation to get a real writing campaign going. She created this event in the hopes that giving people a dedicated day to write, a writing plan, and feedback from other members would help aspiring writers turn their thoughts into cohesive work.

“We wanted participants to be supercharged.”

When participants arrived at the write-a-thon, they chose to either write solo or partner in groups based on what topic they wanted to write on. The writers used a collaborative writing process, adapted from Phillip Longman’s approach, in which they brainstormed about their chosen topic to find the main points, and organized these main points in a cohesive argument. Partners took turns typing and commenting until they created a draft, at which point volunteer editors helped them refine the piece. All in all, attendees were working on their pieces for nearly 12 hours!

“We made it a really long day on purpose, we wanted people to come in supercharged and ready to put in an effort,” said Beggelman.

And their hard work certainly paid off. At the end of the day, they had 17 op-ed drafts written and ready for editing, with several more in the pipeline as well. The op-eds cover a wide variety of topics, including health care for the homeless, physicians running for office, overuse of sinus surgery, and safe opioid injection sites.

More importantly, the event helped build community among the RCA members and gave new writers confidence in their skills and a sense of their writing voice. Participants also hope to use these op-eds to launch campaigns on these topics in their communities and facilitate conversations on these issues.

Given the success of this first write-a-thon, Beggelman plans to organize more of these events over the coming months, leading up to Right Care Action Week. If you’re interested in participating in a write-a-thon in the future, email organize@lowninstitute.org and stay tuned for more information on the Right Care Alliance blog!